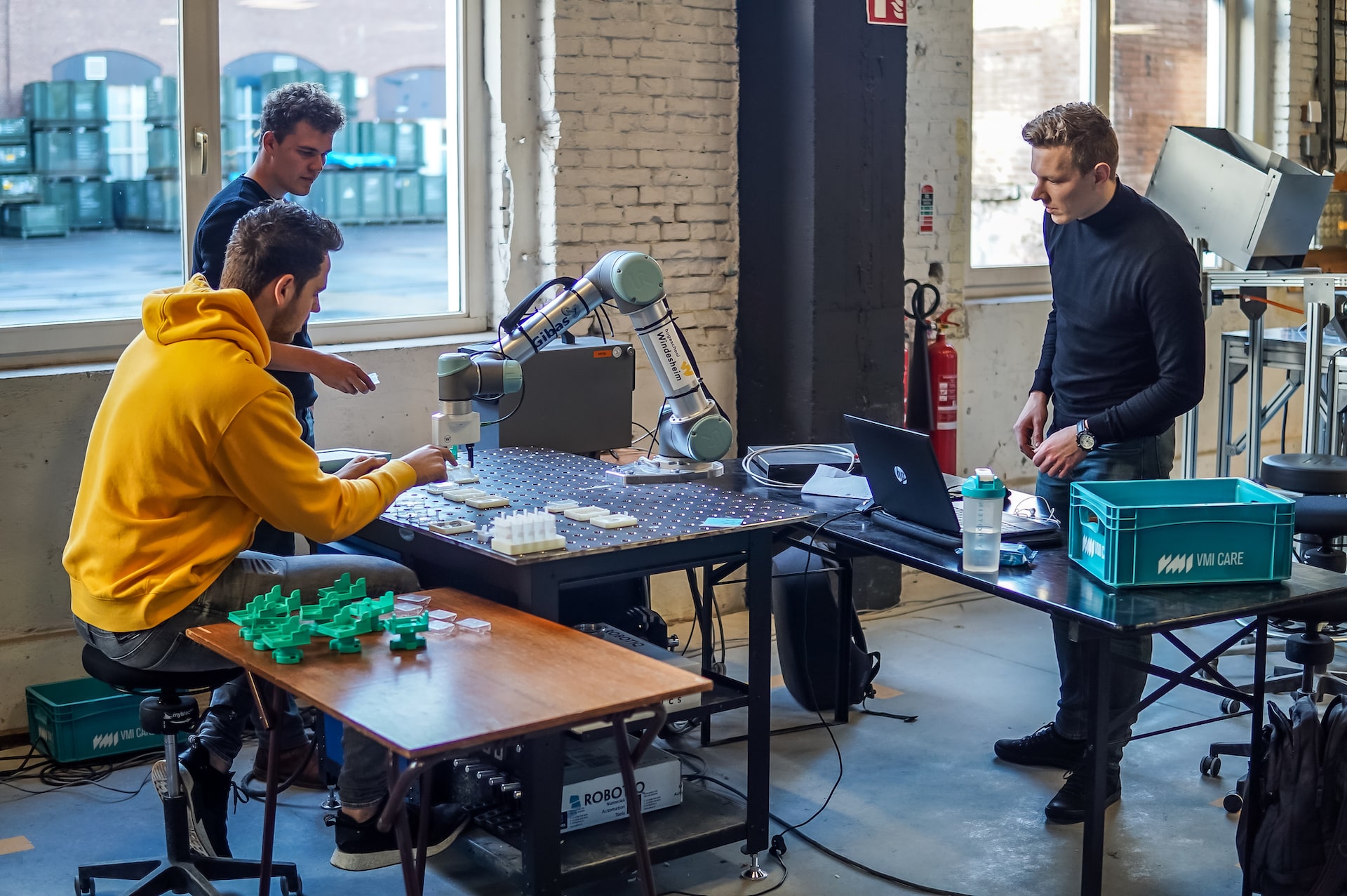 Innovation and robots are not unfamiliar for VMI. Starting this month, the machine builder from Epe will also be working on these themes at Perron038 in Zwolle. Jeroen Hofstra, Vice President Global HR, at VMI explains why: “Perron038 is an inspiring environment where you step out of your own bubble and are able to share knowledge with various partners of Perron038. We want to be part of this movement!”

Wouter Pasman, manufacturing engineer at VMI confirms: “Last year we became acquainted with Perron038 through a student project. We participate in a new educational concept, in which an assignment of a company is the starting point. It is very interesting for us as a company. The students investigated which assembly operations of a certain part can be performed together with a cobot. The results were positive and immediately implemented within our company.”

Innovation is not unfamiliar at VMI. Although the head office has been located in the same place in Epe since 1945, VMI operates all over the world and builds machines for tires, rubber, cans and the pharmaceutical and personal care industry. Partly by pioneering new technologies, the company can call itself the world market leader with many of it’s machines.

Working together with robots, students and other companies

According to Jeroen Slobbe (Chief Operational Officer/Board member at VMI), robots are increasingly collaborating with humans. “For example, cobots, these are collaborative robots. The name says it all: a robot that is meant to work together with people in the same working environment. It is of great importance for our company to improve this collaboration, so that work can ultimately be completed faster and more accurately.”

According to Slobbe, the facilities that Perron038 offers for this are in line with this. “At Perron038, students and companies have access to many knowledge sources and various technologies. Meeting each other and sharing knowledge at an operational level are the main reasons for us to become a partner at Perron038. And of course the inspiring environment: it is a great and challenging place for students and engineers to go.”

“We are pleased with the arrival of VMI as a partner at Perron038”, says Marius Woldberg, quartermaster at Perron038. “In addition to being a major employer in the area, VMI is also a very ambitious and innovative company. Furthermore, VMI is internationally active. Due to this combination, VMI brings a large network which all partners at Perron038 can learn from. Conversely, I am convinced that sharing knowledge by the other partners will also be of great benefit to VMI in the future.”

VMI is a modern, high-tech machine building factory, founded in 1945. VMI employs over 1600 people worldwide, of whom 900 are employed at the head office in Epe. VMI develops, produces, sells and installs technologically complex and high-quality machines, mainly for the tire and rubber industry. In addition, VMI is an important player in the canning, personal care and pharmaceutical industries. More than 90% of their production is exported. With many of its products, VMI is the world market leader.